Arguing Against Same-Sex Marriage, from a Secular Point of View 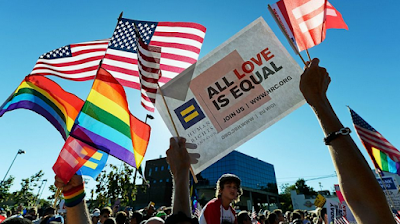 Traditional Christians will tell you that marriage is only between man and woman. And sure enough, if you follow the battle over marriage in our swiftly unraveling West, especially if you to listen to left-liberals, opposition to same-sex marriage is presented mainly as a “Christian” or “biblical” thing. By this they mean to imply that those who aren’t Christian should have no good reason to oppose it.

But that represents a gross distortion. One can in fact give very compelling non-Christian arguments against same-sex marriage, and one of the strongest is based on what we know of human practice across cultures, whether secular or religious.

From a neutral, secular point of view, it is only anthropology and history that could offer us something like a “universal human  meaning” of marriage. Surveying what we know from historical research, we can in fact speak of a general human understanding of marriage. In this rubric, as one quickly sees, it’s the self-confident liberals who appear out of bounds.

Across the six inhabited continents and millennia of recorded history, across literally hundreds of distinct cultures, we do find a dizzying array of marriage customs. But the agreement on one thing, at least until the recent decade, is striking: well over 99% of human groups recognize marriage as only between male and female. Interestingly, this holds true even for cultures, such as that of ancient Athens, where homosexual love was seen as legitimate.

In fact the historical record gives us only two solidly attested outliers—i.e. cultures that normalized one or another form of same-sex marriage.

In the African Kingdom of Dahomey, now Benin, elder women of means were for a time allowed to marry a younger “wife”.  In some North American Indian tribes, chiefs already married and having fathered children were  allowed to take an additional male, a berdache, as “wife”.

That’s it. A list of two against literally hundreds of cultures on all the continents over the course of millennia. Note also that in neither of these outlier cases were the same-sex marriages anything like what we see being pushed in our postmodern West.

Human experience looked at as a whole is nearly unanimous: 99.7 percent or so of cultures,  with all their teeming religious and social differences, would find the idea of same-sex  marriage incoherent.

Do our left-liberals really want to be "diverse"? If so, they should maybe face up to the weight of real cultural diversity and not just the so-called "diversity" they find in a New Haven Starbucks.

If on the same-sex marriage side of the argument we have one African kingdom and a few Amerindian plains tribes, on the other side we have the Austronesians, Hittites, Mongolians, Aztecs, Chinese, Spaniards, Ethiopians, Finns, Hindus, Greeks, Tibetans, Persians, Australian aborigines, Etruscans, Vikings, Thais, Akkadians, Inca, Celts, Inuit, Japanese, and many many more.

The upshot? Rejection of same-sex marriage is not just “Christian” or “biblical” and is not a matter of "bigotry". Rather, the belief that marriage is always and only between male and female is secular and Buddhist and Zoroastrian and classically pagan. It is Islamic and Taoist and Mayan. It is Korean and Taureq.

It is, arguably, well nigh universally human.

Christians who insist on the traditional meaning of marriage need to remember they are in good company. They stand not just with their Scriptures, but with the whole of recorded human history. When challenged on their supposed "bigotry", they should point out that millennia of human experience across continents and oceans is nothing to sneeze at (although much that passes for "progress" from our current left surely is).

Further reading: Additional insights on this question can be found in anthropologist Peter W. Wood’s hard-hitting piece "Sex and Consequences", written years before the Obergefell debacle.