The way I see it, last night "Master Wang" was just about to lose his whole following, but today he has an out. The Master's escape route is just big enough that he can squeeze through it with a sector of his sect intact. You have to think in terms of the psychology of apocalyptic movements. This morning when I noted over coffee that there had been a serious earthquake in Spain, I immediately imagined the defensive reflex of the Wang followers.

"Okay," they'll say. "Taiwan didn't break in two. But look--there was a major earthquake. Master Wang's geography was just off."

This is the way devotees of a paranoid system reinforce their core beliefs.

And then today--oh, joy!--there was the supreme oddity of a tornado tearing through south Taipei.

"Just like the tornado cut the sky in two, so Master Wang saw the island cut in two in his vision. The tornado is a warning of what will come."

I haven't watched TV news today, so I don't know if anyone is making such poetic claims. But again, the way I see it, Master Wang's stature can only be bolstered by the parallel happenings: one major earthquake, one weather anomaly. The Master just needs to adjust his prediction.

Oh, and of course there's more evidence the energy around the island was skewed yesterday. In Taipei there were two instances of women who jumped in front of MRT trains.

Posted by Eric Mader at 3:19 PM No comments:

I'm guessing some people are actually disappointed. Today is coming to an end and there was no devastating earthquake. As many of you know, local prophet "Teacher Wang" predicted that today, May 11th, would see Taiwan literally torn in two by a cataclysmic quake, its cities inundated by tsunami waves. A whole sect of Wang's faithful has escaped into the mountains, well out of tsunami range, having set up dwellings there in the form of blue shipping containers. But midnight is almost here, and there's been no quake. I'm afraid these people will greet the first minutes of May 12th with a sigh and a recognition of their foolishness. Either that or they'll insist Wang Lao-shi was just off on the date: that the quake will come soon enough. "By the end of the year, for sure."

Or--I suppose it's possible--right after I hit the Post button on this entry my apartment will begin to quake with more than the usual quake, and then it will start to quake even more seriously, and then. . . well, then you won't be hearing much from me any more.

I'm on 5th floor here. Is that out of tsunami range? I suppose that depends on the tsunami.

Posted by Eric Mader at 4:08 PM No comments:

Somebody's gotta do it

I think it is about time I revealed to you something many of you have long suspected anyway. These suspicions I can understand. You see how my legs flex as I mount the stairs, you watch my shoulders and pectorals as I jot things on the whiteboard, and you wonder: "Is this guy really just a teacher?" Today I intend to answer this question once for all.

In fact the suspicions are correct. Besides being a language teacher and (sometimes humorous) literary satirist, I am also a Navy SEAL. I admit it. So there.

But why now? Why reveal this double life after having covered it up for so long? It's a matter of the truth really. Making a truthful record for history, I mean. Because some of the things being said in the media about the recent action in Pakistan just aren't true. The following entries from my journal should clear up some of these questions. Also explain why I wasn't in class Monday.

I'm having a late Sunday brunch with the wife and Barack calls.

"Whoah, wait a minute! I just sat down to lunch. What is it?"

"I'm putting together the best team possible. You've got to be in, Eric."

"GPS says you're at the Taipei Hyatt. Be outside in ten minutes. Front entrance."

"Barry, c'mon, we've been through this. I'm not going to Benghazi. I don't even think we should be putting people on the ground there."

"This isn't Libya. Ten minutes. Front entrance. You'll be briefed on the way."

My wife could see by my face.

On a transport with Luke and Rashid, from CIA. Luke is shitting bricks. He's going over the layout of this compound in north Pakistan they assume bin Laden is in. I'm highly doubtful, but yes, the compound looks interesting. Should be fun, whoever's in it. We'll probably be shooting up some Pakistani gangster lair.

What a laugh! They flew my SEAL combat uniform out special (they had to take out of the glass case at West Point where it was on display with some of the other items I used during the Achille Lauro hostage rescue). But the uniform doesn't quite fit. Hard to get zipped.

Don: "You're getting slack over there. Too many of those Chinese dumplings."

I: "Yeah, we'll see who's slack if it's really the Sheik in that compound."

There are eight of us. Three of the guys I've never met. They're also the only three against my idea of getting curry at Abdullah's in Islamabad before we hit the compound. But we take a vote, so curry it is.

"I interrupted my lunch at the Hyatt for this," I point out.

What I like about Abdullah is he's always discrete. After we'd landed the choppers on the building across the street, he welcomed us into his restaurant and led us to a private room on the second floor.

"I see you're on business today," he says. "No one notice you this way."

The curry is as usual. Best on the planet. Even the new guys agree.

One of the choppers had trouble going in. We had to scuttle it. Turns out it really was bin Laden's compound. I was surprised he didn't have more firepower. A cakewalk really. We worked our way through the rooms and finally up to the third floor. The Sheik was in there with a woman, only the two of them. I told him to let her leave first, we wouldn't hurt her. No response. I repeated it in Arabic. Then the woman yells out, "I will die with Osama! We are martyrs, you crusader swine!"

"Have it your way," I barked in Arabic in reply. (My Arabic's kind of rusty. Listening to the tape later and checking it, I see what I really said was probably more like, "Have it a haddock." Oh, well.)

It's true they were both unarmed. But I didn't know that as I swung round the corner and took aim. The woman threw a TV remote control at me and mid-flight I thought it might be a grenade. So they both got it.

When we stormed the compound, Bin Laden and the woman were watching reruns of old Glenn Beck shows with Arabic subtitles. There were a few other DVDs there: Finding Nemo, It's a Wonderful Life, and Batman Begins.

People are talking about the Pakistan government being embarrassed that bin Laden was living comfortably not far from their top military academy. What I want to know is--what about Pakistan Blockbuster? Bin Laden's Blockbuster ID was right there on the coffee table. The Batman movie was two days overdue.

I twisted my neck raiding that compound. The wife: "Don't even tell me." 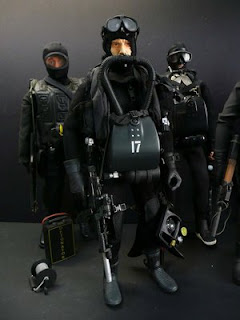 I was younger in this photo. That's me on the right.
Posted by Eric Mader at 8:13 PM No comments:

"You are probably surprised to be
Receiving this letter," Rawaa wrote,
Also offering a LOAN, Drippin Wet Bikini Teens
And a Penis Enlargement Method with Proven Results

Busy though I was, I of course responded Promptly
To this particular Assalam Alaikum
My PayPal would otherwise be Canceled
If I didn't submit Personal Information Now

FW: panty throat sucked breasts city
What the hell is that supposed to mean?
Even if he popped a handful of V1AGRA at 50% off
Salvador Dali probably couldn't paint such a scene

Besides, why did I need to make $9000-A-Month-From-HOME
When here the Arab Organization of Soda Manufacturers
Was waiting for me to Submit my Paper for the August Convention?
Then, suddenly, stone clothes pulled my invito

No problem: In this Fresh Young Account Alert
They wanted me to join Project Qatar
Gave me Katy Perry nude photos
To prove they were my Only Dear One in God

But should I go for the FuckBook invite code
Or the Last Chance Job Opportunity?
I know what you're thinking, Miss Fatima Doka:
Nasty Gangbanged Students Burn Belly Fat Faster

What I'll do, then, here with my normal-sized dick
Is I'll just sit back with my tanned teen and win
THE UK NATIONAL LOTTERY on you folks
That'll show you herders who bags the best prizes!

[These lines were woven from one week of Email Spam. My junk box gets around 30 junk letters a day.]

Posted by Eric Mader at 9:32 AM No comments: