NBA to Change Name to CCBAA 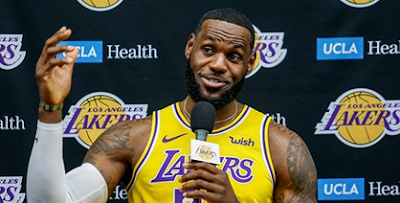 In an effort to encourage its most important fan base, the National Basketball Association (NBA) will change its name to the CCBAA, effective beginning 2020. The league’s board of directors voted on the name change in a closed meeting Tuesday.

Announcement of the new name, which stands for “Communist Chinese Basketball Association in America,” was given a thumbs up by NBA star player LeBron James, who said the name would show the American league's appreciation for the enormous wads of money Chinese fans spend on overpriced shoes and jerseys and other dumb shit, like watching LeBron play.

“I think it’s a good change,” LeBron said. “I mean, if you is educated, you knows that nationalism is bad. And our old name had national in it. So that’s nationalism. The new name is neutral. Nobody gets hurt.”

“In China there are no guns, which are a human rights violation,” Kerr said. “There’s also no Constitution or freedom of assembly, which is good. These things only cause unrest in the streets and interrupt important games or damage shops that sell NBA products. The new name CCBAA will better represent our values.”

An online survey of American NBA fans found that most didn’t mind the name change, while 11% could find China on a map.

Posted by Eric Mader at 2:00 PM No comments: 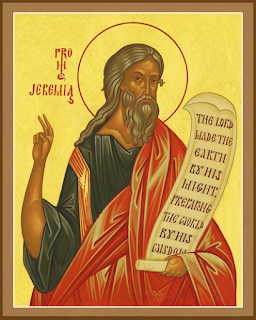 The word of the Lord spoken through the prophet Jeremiah to apostate Israel and Judah:

Have you not brought this upon yourself
by forsaking the Lord your God,
while he led you in the way?
What then do you gain by going to Egypt,
to drink the waters of the Nile?
Or what do you gain by going to Assyria,
to drink the waters of the Euphrates?
Your wickedness will punish you,
and your apostasies will convict you.
Know and see that it is evil and bitter
for you to forsake the Lord your God;
the fear of me is not in you,
says the Lord of Hosts.

As a thief is shamed when caught,
so the house of Israel shall be shamed—
they, their kings, their officials,
their priests, and their prophets,
who say to a tree, “You are my father”,
and to a stone, “You gave me birth.”
For they have turned their back to me,
and not their faces.

How lightly you gad about,
changing your ways!
You shall be put to shame by Egypt,
as you were put to shame by Assyria.
From there also you will come away
with your hands and your head;
for the Lord has rejected those
in whom you trust,
and you will not prosper through them.

Just change the rivers: Nile and Euphrates to Amazon. The “tree” and the “stone” are the same; the "gadding about" and the paganism, the same. It was and is apostasy.

The fear of the Lord is not in them. It has not been for some time.

Posted by Eric Mader at 3:18 PM No comments: