Zellweger's Disease: Shock and Queasiness are the Natural Reactions 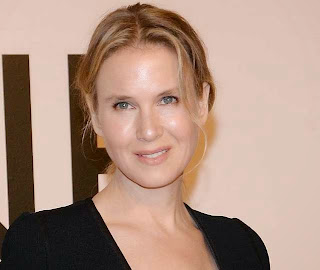 So you've gotten some rest, you say?

All of us are possessed of physical vanity to one degree or another. We’re pleased to think we look good, and bothered if we don’t look as good as we’d like. Such vanity is part of us as social beings: it is not something we could ever eradicate.

Nonetheless vanity is a vice. Follow it where it leads you, and at some point a certain line is crossed, and your desire for beauty, or your conviction that you are beautiful, will bring about its opposite. Something deformed or monstrous will be the result.

This line that is crossed is very hard to define, to be sure. Different people sense it in different places. But wherever one places it, I think it’s clear that in America crossing this particular line has become an everyday occurrence. A vague and queasy feeling of monstrosity pervades the public space.

I don’t usually write about these kinds of things, but the recent discussion of Renee Zellweger’s “new look”, raising up hordes of people criticizing her and others defending her, has given me the perfect opportunity. Because the issue of cosmetic surgery, what used to be called plastic surgery, has bothered me for years. I wouldn’t consider it a major issue, no, but it’s a bothersome one, regularly disgusting me anew with the culture around me.

Frankly I’m flat out against cosmetic surgery. I think its prevalence is a cultural illness. And it’s getting worse. If I had the power, I would ban cosmetic surgery except in certain cases (reconstructive surgery, for instance). And I will insist on the following: The world would be a more beautiful place if cosmetic surgeons were put out of business. 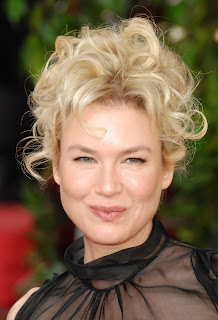 Regarding that line I mention, the one that shouldn’t be crossed, I might clarify that I personally find nothing wrong with makeup or coloring ones hair, and nothing wrong with staying firm and fit as opposed to slack and fat. Makeup is best in moderation of course, and I’d prefer if you didn’t color your hair, but if you really must, I still respect you. Obviously some people are too obsessed with maintaining their killer bodies, but again--if you must, I’ll hold myself to snide remarks or a few jabs, which will bounce right off you, fit as you are, whereas your comebacks will likely stick on me, overweight as I am.

So makeup or hair coloration or workouts are not really likely to drag one across the line, or at least not too far.

But cosmetic surgery is something else entirely. It almost always crosses the line. I admit that when I’m talking to someone whose face has obviously had procedures (and yes, it’s pretty obvious when such procedures have been done) I lose a good couple dozen points of respect for the person talking to me. Sorry, that’s just me; and sure, maybe you don’t care to talk to me anyway, but I thought you should know.

Cosmetic surgery almost never makes a person look better--it nearly always makes one look to some degree plastic or strained or, sorry to say it, somehow post-human. So as I’m talking to you across the table or watching you on the screen I can’t help repeatedly thinking: What a dope. Why did he/she do it?

These remarks go for both men and women, by the way, but the sad fact is--women are the main consumers of these deforming procedures. And more and more women, in all the world’s wealthier nations, are making themselves borderline monstrous. And spending big bucks to do so.

It really is sad.

Doubtless my deep feeling of distaste when confronted with all these new plastic faces everywhere comes from my sense of what a face is to begin with. Is my sense of the meaning of the human face maybe somehow eccentric? Judge for yourself.

The way I see it, you do not own your face as something you can change as if it were a sofa or a pair of drapes. Rather, your face is constitutive of who you are as a human being vis-a-vis others. Change your face, and you’ve inevitably undone part of your character.

What’s more, when people can see you’ve changed it, and they can, a little voice inside them will whisper: She’s turning away from her self. She’s trying to efface herself and become a different face.

And the gut feeling that accompanies these whispers? It is a queasy feeling of nature offended: a vague feeling, as I’ve said, of monstrosity.

And what is this “different face” that you suddenly show up wearing? It is no one really. It is not a face that has experienced time, that has lived through the years with loved ones and rivals and joys and pain. No, it is no one--a kind of new artifact appearing out of nowhere.

I never was one for watching American TV, but in recent years I can hardly stand it--all the plastic pseudo-faces blabbering at each other, all the people turning away from the self and toward some kind of shiny and conformist non-self.

And this is what Renee Zellweger has obviously done. She had a face with character, she acted edgy roles and gave the impression of a woman with a strong sense of self. She didn’t seem like the type to give up on her real self just because of wrinkles or a bit of sagging of the cheeks. But that’s just what she did.

And no, I don’t think the fact of her making her career in Hollywood, or the pressures of being a major actress, should temper my criticism. If anything, her choice to deface herself is worse because as a celebrity she knows she’s a role model for millions who very likely possess even less self-confidence.

Of course some writers who consider themselves feminists have come out with daggers raised against the many others who were shocked and a bit dismayed by Zellweger’s “new look”. I’m sorry, but I don’t think there’s anything feminist in defending a woman who’s undergone such radical cosmetic surgery. If Zellweger wants to be respected as a woman who is more than her mere appearance (her appearance as a commodity, given her career) she shouldn’t have gone and tried to upgrade that appearance, to undo its slight changes over time. Further, the shock of Zellweger’s critics can be attributed, I believe, not to any tendency to commodify women, but rather to that deep sense of the meaning of face that I try to get at above. Someone who changes his/her face to that degree, whoever they are, has broken with themselves and rejected their continuity as a person in the community. And I believe most everyone, whether or not they can articulate the fact, senses this deep down. Thus the dismay at what Ms. Zellweger has done.

I suggest a new practice for bloggers and others who agree with me here. When an actor or singer (or even a person in one’s social circle) changes their face like Zellweger has done, why not acknowledge the new person by giving them a new name? Because in a disturbing way, as a familiar face in society, that person is starting over from scratch. So I will refer to this new woman as Renashe Zellweger. It's different enough, and broken enough, to suggest the willful mashing of one's own appearance that cosmetic surgery grants.

In these remarks I’ve left out the other valid question of the privilege, as in spare cash, of those who can afford to deface themselves in this way. But the question of the wealth necessary for such changes only further underlines the degree to which vanity, unchecked, quickly becomes tied up with vice.

I repeat: Cosmetic surgery should be banned, and if it can’t be banned, it should be taxed to the hilt--and in any case, for those who value what is real and true in this world, cosmetic surgery should be shunned. And since the question may arise: Would I include Botox, or whatever other virus they’re injecting these days, in the ban? By all means. Stiff and rubbery, botoxed faces are clearly a part of this new ambient monstrosity.

The actress Renee Zellweger has defaced herself, and that’s that. Please don’t follow her lead.

[Further reading: Of the handful of pieces I’ve read, Vis Groskop and Mary Elizabeth Williams get it right I think; Jennifer Gerson Uffalussy is just using the incident to blow her rinky-dink feminish horn.]

Eric Mader
Posted by Eric Mader at 1:17 PM No comments: