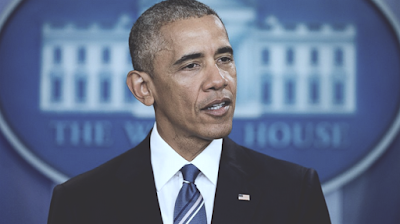 The end of an era. Barack Obama brought grace and poise to the American presidency. Too bad that is all he brought.

I voted for the man twice, the first time with real hope, the second time with less. Eight years of grace and poise and dignified speeches. He was given a bully pulpit to reform Wall Street, to stand up to the corporations, and he never used it. He turned that bully pulpit into a prissy pulpit, behind which he preened and pranced and prevaricated, smugly pushing one grand sellout after another. Americans finally got it. Tired of smooth and graceful lies, they voted for a meat cleaver to replace him. That’s how the dialectic works. The Obama legacy: it begins now.

Check out my book Idiocy, Ltd.: dryest, deadpannest prose in the West.

Posted by Eric Mader at 2:03 AM No comments: 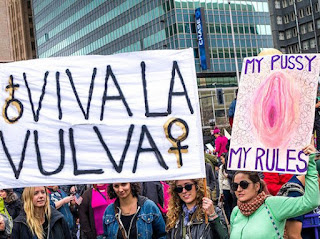 I think it was about 1990 when I first heard the chauvinist quip: “For me a woman is basically a life-support system for a pussy.” I was in my early 20s and remember the man’s face and his remark because everything else he’d been saying at the edge of that summer barbecue was similarly vulgar and stupid.

“Political correctness is killing us.”

Sorry if you disagree, but in my mind this sentence is among the two or three most important uttered during last year’s long presidential campaign. And the Women’s March this past Saturday, the character and priorities of that march, only served to drive the truth home. Political correctness, and the reductive identity politics it thrives on, are a curse.

PC, the SJW slant now run amok, reduces the person to either his or her sexual identity and desires (thus third-wave feminism, thus the LGBT movement) or to his or her race or ethnicity. Since the Washington march is my focus here, I’ll concentrate on sexuality.

Most of the women marching would agree that “patriarchy” objectifies them; they see themselves as protesting this objectification. But to look at their own iconography in hats and on placards, a woman is essentially a vagina. Their message is clear: “This vagina is mine, I do with it what I want, it does with me what it wants. It is nasty and unruly in its raw physicality, and so am I. I am a being of autonomous desire, an individual will connected to a vagina. My will and identity are defined by this connection.”

Note that these women have not chosen the uterus, the matrix of human life, as their symbol. They’ve chosen the vagina, the nexus of personal sexual pleasure. The choice is no accident: it reveals how they conceive of their essence as women.

Fine, I’d say. If you want to locate your political essence in your genitals, that is your right. But what a pathetic objectification of womanhood it is: a reduction of woman to the pussy. When men do this, as that fellow did at the barbecue decades ago, you rightly condemn it as stupid and vulgar. When marching women do it, however, it is hailed from coast to coast (or rather on coast and coast) as “progressive”. What you fail to notice is that it effects the same impoverishment of woman’s identity.

For a cultural conservative like myself, the meaning of a person is much more than his or her sex or sexual desire. A person is also a parent, a worker, a child, a searching soul, a protector, an educator, a servant, a creator. When political correctness locates the root of identity in sexual desire, these multiple social and spiritual grounds of identity are pushed to second or third place. Thus they were largely absent from the Women’s March.

Rather than celebrate the work of parenthood or service or creative intelligence, all of which require sacrifice and labor, the marchers' top priorities were clear: fucking and their “right” to extinguish any unwanted human life that might result from that fucking. It is grotesque.

You will maybe accuse me of “slut shaming” for my remarks here. Go right ahead. The women who marched in Washington, and the celebrities invited to rally them, were in the main proud to show themselves as sluts. As dumb sluts. Me, I am ashamed to see my country give them so much positive attention for it.

Don't misunderstand me. I know very well that America has millions of brilliant and admirable women. But they weren’t at the Women’s March on Washington. Microphone in hand, to the cheers of the crowd, Ashley Judd basically defined herself and the women present as a horde of vulgar, filthy, nasty . . . vaginas. Those words are mostly her own. The problem, as I see it, is simple: She’s right. 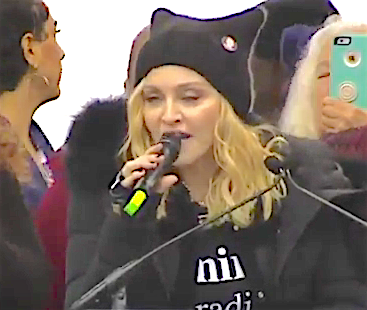 An elderly lady participating in the Hillary Clinton Memorial Women’s March in Washington, D.C. yesterday threatened to blow up the White House.

The lady made the threat over a microphone before a large crowd, though march organizers were unclear how she had gotten on the stage.

“She looked kind of muscly and wiry for a woman her age,” said Susan Wrighteous, a participant who heard the threat. “I’m thinking she strong-armed the mic from someone.”

“I think this was a senior citizen angry and confused about all the commotion in Washington,” another marcher said. “She’d had a lot of botox and stuff, but you could tell she was like 70 or something.”

The elderly lady was not arrested, according to reports. Asked how she had gotten into the event, Clinton Memorial March organizer Linda Sarsour said anyone who pledged that they were pro-abortion was allowed in regardless of age.

“The rules will get stricter next time we have this march,” Sarsour added. “Like nobody who eats pork will be allowed in.”

Sarsour, prominent among the march's organizers, is a well-known Muslim activist who is pro-Sharia law and has connections to Hamas. Kind of like Hillary Clinton, the candidate whose failed bid for the presidency was memorialized by the angry crowd of abortion enthusiasts who took part in the event. 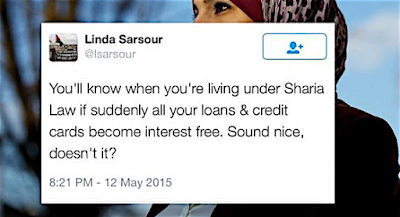 
Check out my book Idiocy, Ltd. and begin the long, hard reckoning.