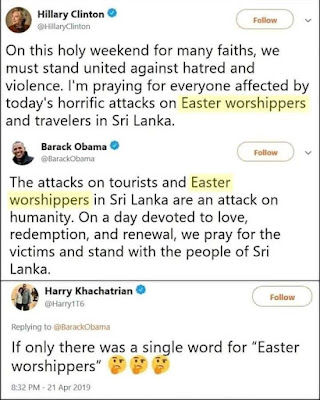 “Easter worshippers.” Hats off to Mr. Khachatrian for his graceful call-out. And the truth is, we have had more than enough of this.

The linguistic brush-off from Obama and Clinton is carefully calculated and clear as day. Don't think so? Just watch how the whole team takes it up: 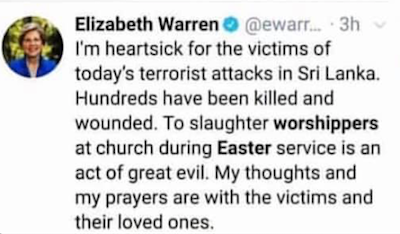 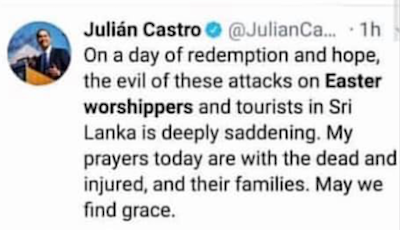 These people don't dare sympathize with actually named Christian victims. It is against their religion.

Of course the Obama years were rife with this kind of linguistic sleight of hand. Exhibit 1: Obama almost never referred to religious freedom, but used freedom of worship instead.

Why? "Freedom of worship" suggests that Americans of faith should keep their religion INSIDE their churches or other houses of worship rather than live it in the public sphere. Obama's language was an intentional betrayal of the stronger vision of our Founders.

And the reality can no longer be denied. The language of our Democratic Party big wigs, even the “Christians” among them, is intentionally corrosive of Christianity. Here again, after this horrendous massacre, they pretend to reverence the many victims in Sri Lanka even as they subtly erase them.

Given the grievous persecution of Christians globally, it is disgusting. #WalkAway 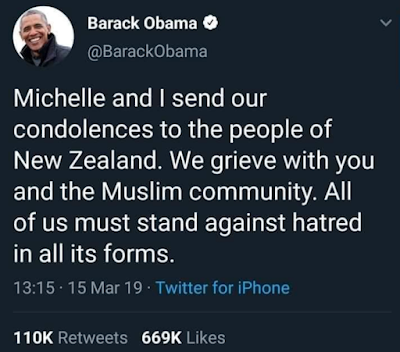 No problem there. Of course not.

Check out my Idiocy, Ltd. and begin the long, hard reckoning.
Posted by Eric Mader at 3:34 PM