Dragged through the Mire of Gary Lutz 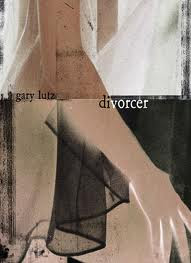 Of Gary Lutz's work I'd only read Stories in the Worst Way, which showed me a master of physical grotesques, a very sophisticated potty mouth. At least one of the stories in that collection offended me too, the one about oral birth, and I'm not easily offended. Finally I let the book get boxed away with others I didn't plan on rereading.

Taking up Lutz's more recent Divorcer, I see he's still plucking away at the same hairs. Doubtless Lutz is our most painstaking analyst of the bland horrors of everyday bodily existence; in this regard, with Divorcer, the writer's mastery has only deepened.

I don't find the new work offensive in the usual tedious shock way: instead there's depth and strength that wasn't evident in the earlier stories. What this depth is exactly I can't pin down; Lutz is still mostly narrating the same daily grind between psyche and oily flaking body. Perhaps it's a matter of the now more accomplished poetry of his sentences: really most writers would kill to be able to write like this.

Given the rhetorical complexity of Lutz's prose, combined with the narrow spectrum of things it treats (bodies, household furnishings, hygiene, unfulfilling sex) it's surprising the reader doesn't get cloyed up after a handful of pages. Actually, sometimes the reader does: typically I can read a dozen pages before I find myself needing to put the book down. Still, what a wonder those dozen pages are! I will quote a slew of sentences from the tale "I Have to be Halved" placed toward the end of Divorcer:

. . . I was lunking through late middle age, my even spongier fifties, and living with a man younger by decades.
. . . .
My heart kept bullying me into letting people like him pull anything.

I had found him in an onlookers' bar on a short street that squinted off an avenue. This was in the extremity district. He was got up in some rayon trashery with three-quarter sleeves, a girl's slippery belt, fingernails flashened. I was a workingman after work after all. I menaced myself with examinations of his manner, his spruce, sweatproof practice of himself.
I sent out a hand, let my fingers pile themselves into his.
. . . .
He pointed dimly to some further indefinite figure on the dance floor.
"Let me go finish a goodbye."

A hashy complexion, hair pluffy and unmastered, a blush in bare arms barely offered--some days there was no bouquet to be made of him.

I never got the truth out of him, only things peeled off from the truth, things the truth had shed.
Then one night a woman, young, was asking for him at the door. She was scrawny and obscure in some sleeveless construct. Matte-black hair hung from her head like curtains stiffened.
The face? Homely, abrupt. The nose? Respectified with cosmetics.
There was fight, though, in the eyes.
I did not have to ask who she was, only what she thought she was doing.
"I am asking for him back."

Another night, another visitor at the door: a regretful man my age but more hit-or-miss in his panic: hands so swooping and opposed to each other, he seemed to be crossing himself out as he spoke: "He won't be needing the rest of his clothes?"

One day got chocked into the rest: there was a blockiness to time, like a month's evident rectangulation on a calendar tacked fast to a wall.
His mother and father made the trip aggressively from a metropolis of stone lawns and unhumid heat. They looked me over for signs that life by my side would not mean years lopped off his future.

Preciosity might be the word that best describes this kind of prose. It has typically been taken as a stylistic fault. But Lutz's preciosity mostly escapes censure through sheer stylistic ingenuity. Reading Divorcer is a privilege, the occasional gagging sensation notwithstanding.

No, I haven't quoted anything that counts as gag-inducing.

Check Lutz's Divorcer at Amazon.
Posted by Eric Mader at 7:42 AM No comments: