Today I saw 周純 walking down 市民大道 in a little black bowler. She was talking to herself, or maybe singing, I'm not sure. A huge bank of black clouds loomed just behind her as she walked--it was going to smack us good with sooty, End-of-the-World rain, which is what it does, and will do. But 周純 seemed to pay no mind to this. She was babbling or singing, I'm not sure, and she stayed just ahead of the clouds, the little black bowler precarious on her candy red hair.

Posted by Eric Mader at 2:28 PM No comments: 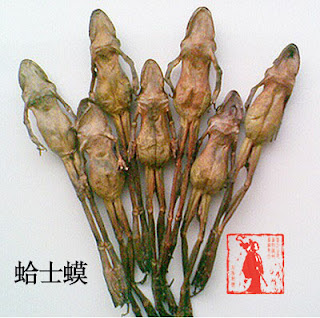 1.
There once was a snow frog named Mike
Who dreamed of riding a bike
But his legs were too short
For such long-legged sport
So we finally got him a trike

2.
There was a young snow frog named Rick
Who found a frozen ice pick
But a badger named Fred
In a dare to him said
"Why don't you to give it a lick?" 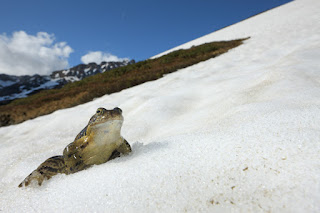 3.
That cranky old snow frog Steve
Got frozen one day to my sleeve
When I took out a match
To thaw his bald patch
He haltingly started to grieve

5.
I once saw a snow frog princess
Who wore a long snow-colored dress
Her eyes shone so bright
In the winter moonlight
That it put my heart in distress 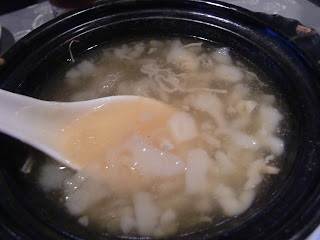 
Das plumpe Denken. The great German theorist wrote: "The main thing is to learn how to think crudely. Crude thinking, that is the thinking of the great. . . .  There are many whose idea of a thinker is a lover of subtleties. Crude thoughts, on the contrary, must be part and parcel of our thinking, because they are nothing but the referral of theory to practice. . . . A thought must be crude to come into its own in action."


"But what do you think of theory?" he said, posing the question in good liberal fashion. He was a graduate student of English literature, all in favor of "theory," as if one could treat it as an identifiable object, and then vote either for or against it. His question meant: What is your opinion of theory?

My opinion was, after all, just as good as his, and being so was worthy to be heard and voted upon by the others present, five or six of them.

"But what do you think of theory?" he said, posing the question in good liberal fashion. I answered in a manner implying those elements of "theory" most important to such a group, those elements which, when they come to the fore, doubtless make these people feel the most enlightened, as if they had learned something.

I said: "Theory, from Greek theorein, to spectate, to watch, as in the sentence: 'We watch TV all day.'"

This produced a most predictable response. They told me that arguments based on etymology were "meaningless," that "theory" is not simply a matter of Greek usage. To this I said that I wasn't basing my argument on etymology, but hearing my argument in etymology. I insisted that, in any case, the Greeks were all over the place, that half the homes in Madison were Phonecian ruins, that the Vatican was a Semitic site occupied by the Greeks, that we must treat the Vatican as if it weren't a Greek site, that we must speak through its Semitic heart, the heart of Mary, the blood of Christ, and so on.

This produced a most predictable response.

Then we spent an hour arguing over the value of the mass media, and I went home most enlightened.


i. A death's head explodes above the city: like rain it showers down, in useless shards.

ii. Formula: writing out of writing. Writing under the complete elimination of theory. What only B. in his paleological writings attempted.


They attack me because I quote Cosmo di Madison's religious and social views as if I believed them to be admirable. They attack me as if I believed his laughing and maniac violence to be something admirable, something worthy of our attention and respect. And, well, I make no bones about it: I admit from the start that not only is Cosmo di Madison my best friend, he is at times almost my hero. They really can't believe I am "serious" in this: a reaction I am used to by now, particularly from earnest liberals and PC hipsters, for there is hardly anyone among them in tune with my own notion of seriousness. They insist dully that Cosmo di Madison is "crazy," leaning on the usual polemical value in that measly assertion, and confident, of course, that we are all quite sure about the nature of crazies and craziness, as sure, say, as we are of our own sane nature.


The gesture of the eye watching another.

The gesture of the mouth in uproarious laughter.

The gesture of the hand inscribing marks.

The gesture of the ear silent on a moonlit volcano.

The gesture of the eye puzzling over traces.

The gesture of the sinews grasping furiously to snap the bonejoints of pale Eros.

Posted by Eric Mader at 5:04 AM No comments: