Natural Law Philosophy Convinces Almost No One--and So What? 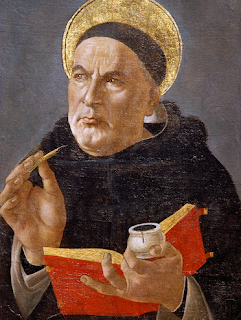 Natural law thinking is a hard sell at present for at least three reasons: 1) it is philosophical, and being so requires a bit of hard study of the basic metaphysics even to begin to grasp; 2) it gives answers that contemporary Westerners have been programmed to reject out of hand; 3) it is part of a particular cultural order's approach to truth and ascertaining it, and that cultural order is now utterly lost and foreign.

I think this last is the deepest of the challenges. Ever since Aristotle's summary demotion in the early modern period, Aristotelian causality (especially the concept of final causality) just doesn't make sense to the vast majority of people, who live in a mechanistic/emotivist universe, and whose very idea of learning and study is grounded in a very different theory of causality--provided they even have any respect for learning or study.

But of course our modern distance from natural law theory doesn't at all mean it is wrong or somehow "primitive”. The recognition that moderns have iPhones and Thomas Aquinas didn't, which decides the matter for a lot of folks, is clearly lame. Edward Feser has been very good at underlining just how many of the serious problems of contemporary philosophy and science result directly from the modern refusal to recognize Aristotelian causality. In the ethical realm, Alasdair MacIntyre musters an even more decisive army of arguments, and comes to the same conclusion: Back to Aristotle. Natural law arguments, pace the iPhone wielders, are actually very strong. And consensus is not in fact that hard to reach on basics.

So although natural law thinking is a hard sell for us, still I think Rod Dreher, in his recent reply to a piece by Paul DeHart, shows a bit too much of the shall we say practical approach when he suggests that natural law isn't the way to go because "It will convince almost nobody." Serious philosophy, for most of history, has been a matter of convincing almost nobody. Myself, I'd say that any scholars, writers or teachers who dedicate themselves to getting students to understand Aristotle or Thomas are doing very important work--whether what they say and write will be popular or not. And I mean this also in terms of what their work can do for the Church. Sure, these scholars might have to drink hemlock eventually, but in that they'll be in good company, and hopefully their teachings will survive, if only in a small group of disciples. Isn't this in any case, speaking of Rod Dreher, also part of the ethos of The Benedict Option--to keep and maintain a core of the faithful in the face of the mayhem all around?

I'd say we can continue to use more biblical and immediately existential approaches to waking people up to the Gospel, all the while offering hearty support to others who struggle on the more arcane natural law philosophical ground. Why not?

DeHart's article and Dreher’s response were both hard-hitting and worth careful reading. Yes, DeHart seems a bit too motivated to search out and debate Leo Strauss, and so may be finding Strauss under every rock, including Dreher's Rock. But although that might weaken his piece a bit, I don't think he's wrong to raise his dissent to Dreher’s brief outline of history, if only to remind us of the strong continuity between the Enlightenment order and the more properly Christian era. I'm not sure how many dozens of times I've tried to make similar arguments to "progressive" liberals: namely, that their bitter anti-Christianity is intellectually weak stuff, given that their own notions of rights and individual dignity were basically derived in the West and are part of the West's Christian inheritance. I've yet to have a single progressive liberal agree with me, or even get so far as recognize my point. Which has finally convinced me of something: it's generally a waste of time to discuss history with progressive liberals, who in terms of historical range seem to have been hatched from eggs last Tuesday. I mean--these people think of the 1950s as the Middle Ages.

While Christianity appropriates ideas from classical antiquity, it also fundamentally transforms them. By contrast, even though modernity rejects classical Christianity, it does so by and large within a frame bequeathed to it by Christianity. Indeed, the notions that human beings are by nature equal, that by nature they are free from political subjection, that political order is created by human will and choice, that the community or commonwealth is authoritative or sovereign over government, that there are natural rights that government ought not infringe, that there should be separate jurisdictions of church and government and those who exercise political power should have no authority in religious matters, that human persons transcend and are not defined entirely by political association (be it the kingdom, the polis, or the empire) . . . These all are Christian ideas--or, at least, ideas that were first articulated by classical Christian thinkers.


I hold these truths to be self-evident. But trying to get people, especially coastal people, to acknowledge any of them is like trying to build a snowman out of rain.

The problems of periodization raised by DeHart and Dreher in their brief back and forth are some of the most important problems we can be wrestling with. Because how we solve them will largely determine how we orient ourselves in terms of making historical arguments. And we need to make strong, well-evidenced historical arguments, at least to those who are open to listening. Re: our current malaise, I tend to agree with Dreher’s assertion that the real worm in our apple began its growth with 13th century nominalism. And, sadly, that now we don't so much have an apple with a fat worm in it, but just a worm and a few remaining apple skins. Our main task now is to protect those few skins as best we can and wait it out while the worm slowly dies of the hunger it's inevitably going to die of--though probably not in my lifetime or yours.

NB: 1) Edward Feser has penned the best short introduction to Thomas Aquinas for those unfamiliar with Aristotle, Aquinas and natural law philosophy. The perplexed could do much worse than start with this little book. 2) Dreher quotes from a 2013 debate between Feser and David Bentley Hart over natural law. Relevant links can be found here. I'd say Feser wins this one.

Check my Idiocy, Ltd. at Amazon.com.