A long life, though filled with trials and sorrows, may also bring one wisdom. For instance, one might learn what I have learned about moths: that they do not like being washed. They are quiet and their dust is part of their personality. Though the moth seems truly to cry out for cleaning, it does not want to be cleaned. I have learned in fact that no creature looks more forlorn than a moth that has gotten a good scrubbing with a coarse brush.

Many are the things I have learned in my long years. I shall write them here in due time. 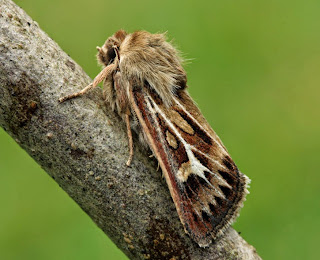 Posted by Eric Mader at 7:43 AM No comments: 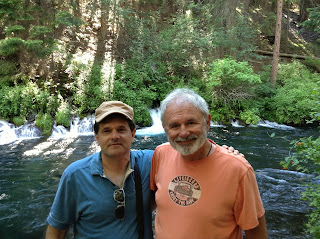 In early April this year my father, now 71, had to have surgery for prostate cancer. Unfortunately, after the surgeons removed the prostate, they found cancer still present on some of the nearby lymph nodes, and he'll soon have to begin either hormone or radiation therapy. I wanted to plan a trip to visit him before the therapy started, and he suggested we go fishing in Canada, as we'd done many times when I was a kid. So on short notice we set up the trip, I'd fly to Bend, Oregon, where he lives, then we'd fly together up into Manitoba to fish.

During the planning stages, he also began asking me questions about Christianity. "I've read articles on research that shows people with faith live happier lives, and are healthier too. Maybe I should start thinking about my soul here." I had a couple books I recommended, which we planned to talk about during our ten days together.

Below are some of the photos and journal pieces I wrote during the trip. I had a good time, and did a lot of things I wouldn't normally do. Oregon, where he lives, is beautiful. It was also good to see that my father and his wife Wendy were keeping a stiff upper lip in face of the cancer. We're all now hoping the therapy knocks it back where it belongs. 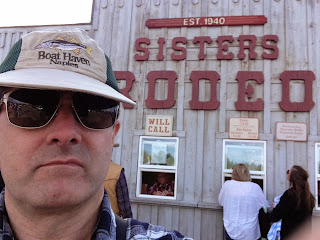 WTF? I'm actually at a rodeo. What would Benjamin say? What would my gentle followers think? Keep it under wraps, okay? 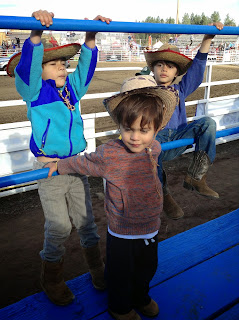 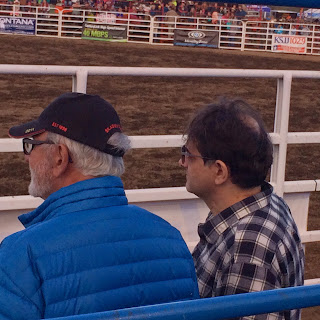 I should be wearing a cap too. 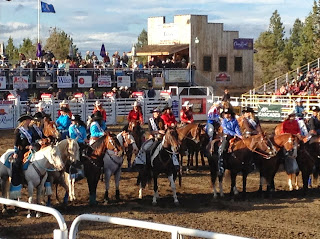 Then they introduced the "rodeo queens". What is a rodeo queen? 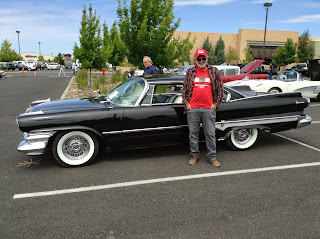 At a car show near Bend. 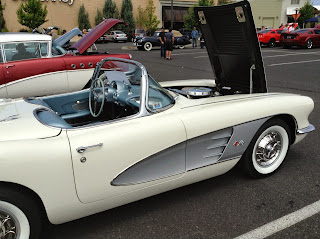 I was most impressed by this Corvette, which ended up winning the 1960s category. 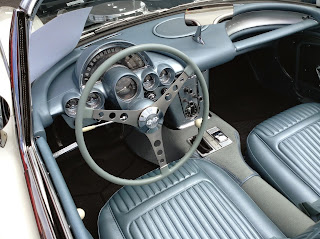 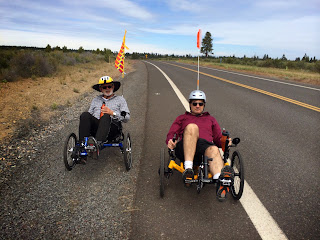 Wendy, my father and I did some short outings round Bend: cycling, visiting a cave, checking out mountain lakes. The place has a climate to die for (cool, dry, sunny). 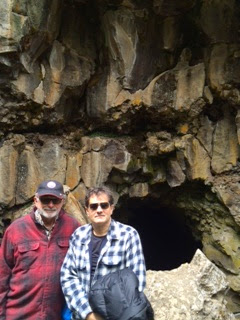 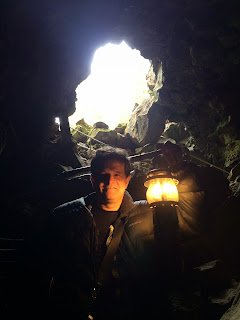 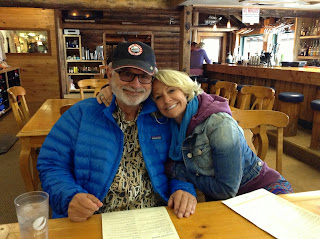 Getting lunch at a place in the mountains. My father and Wendy.


That night, after reading online awhile, I wrote a parable of sorts before falling asleep: "The Children at the Ball".

On the drive to Portland we stopped at a big rancher supply store and I bought my father a pair of Carhartt jeans for Father's Day. Back on the road we began talking about his reading on Christianity (I'd given him Mere Christianity for starters) and our talk quickly shifted to a discussion of evolution. I explained how evolution and belief in God were not mutually exclusive, explained the reasons for belief in an Intelligence greater than ours and talked about my own faith and how I understood Christianity. Although he'd been quite interested in learning more in our email exchanges weeks earlier, he seemed less interested during the drive to Portland. So I finally let it drop. And we went back to talking about whatever came up, especially the market and investing, where I didn't need to pick his brain, as he's obsessed with the subject. Note: He's a sharp investor, who's rarely gotten seriously burned. So it's worth my while (a very burned investor, who's rarely been sharp) to listen to him. 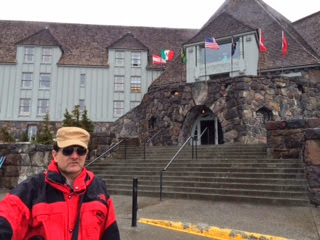 Driving up Mt Hood, we stopped at Timberline Lodge to have lunch, the facade of which they used for The Shining. Though it was June, there were people still skiing on the remaining snow. 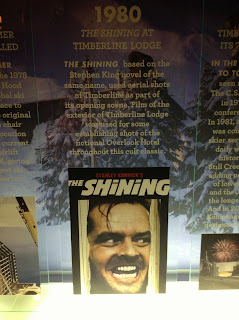 
And this is a classic: 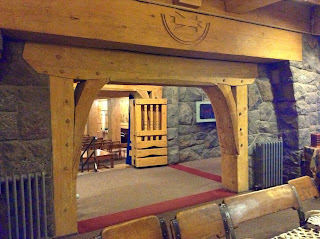 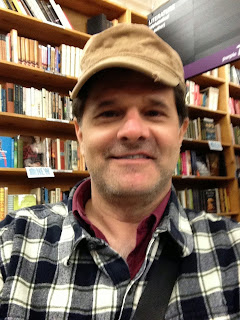 In Portland, we headed to Powell's bookstore. Amazingly, they didn't have the books I was looking for, but were still selling the Mutt. 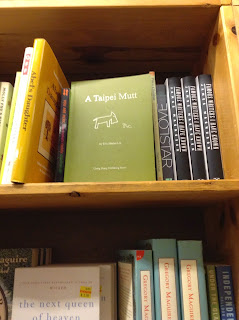 After leaving Powell's we got coffee, and I ended up drifting into a rant, as you can read in "The Ever-Predictable Iraqi Debacle", if you have the interest and patience.

Early next morning we left Portland for Winnipeg, stayed there overnight, then flew the following morning to Gunisao Lake for fishing, as follows.

. . . being a bifocal piece on our fishing jaunt up into Manitoba, with photos. See here. 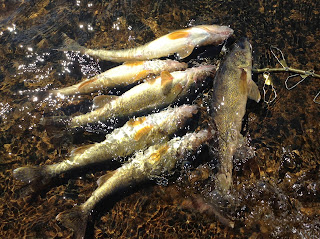 On the morning of the 20th we left Gunisao Lake, flying back to Winnipeg, then from Winnipeg to Denver to Redmond, Oregon. We had long layovers in both Winnipeg and Denver, and in the teeming Denver airport I suffered another disorienting vision of the crazy mishmash that is America. When I return to the States, I'm often struck by this, not surprising since I live in such a racially unified place (Taiwan)--but this time it hit me especially hard . . . .

I'm in the middle of a long layover in the United concourse at the. . . . Continued here

V. Back in Bend 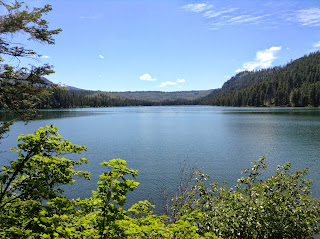 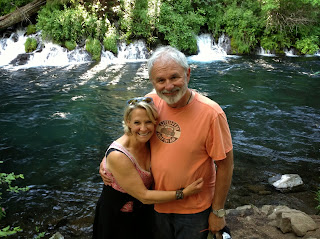