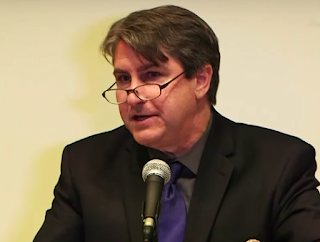 [This is part 4 of a 5-part essay on Patrick Deneen’s book Why Liberalism Failed. Return to part 1.]

Our word culture derives from the Latin verb colere: to till the land, to inhabit, also to worship. The term thus relates to cultus, a religious grouping defined by its own understanding of the divine or its own particular rituals for relating to the divine. Etymology is sometimes less than helpful when seeking to define current usage of terms, but in this case it is not. This complex of meanings in the Latin points to how the word culture is now understood.

As we have seen, liberalism explicitly seeks to liberate the individual from what it considers the arbitrary and oppressive strictures of the past. But into what precisely is the individual liberated? Nature? A new liberal culture? Hardly. Deneen argues that liberalism, as it advances, can only liberate into “anticulture”.

But isn't that perhaps a bit shrill on Deneen's part; isn't he overstating the case? We need to consider his arguments.

All previously known cultures were characterized by deep links to place (the geographical locale in which the culture arose) and a deep sense of generational time (the individual was aware of being beholden both to his/her heritage and to his people’s future). Liberalism, theorizing nature in Baconian fashion as a placeless expanse to be subjected to man’s technological advance, and theorizing man himself as self-made, self-actualizing individual, undermines both these fundamental preconditions of culture. Ever eroding both the local as an idea and the integrity of specific geographical locales, liberalism eventually proves unsustainable.

[Human] mastery of nature is producing consequences that suggest such mastery is at best temporary and finally illusory: ecological costs of burning fossil fuels, limits of unlimited application of antibiotics, political fallout from displacement of workforce by technology, and so forth. Among the greatest challenges facing humanity is the ability to survive progress.


In a recent study, an international team of marine biologists predicts that the oceans will be basically “dead” by the year 2048. What does such news even mean in human terms? Liberalism has no answer. Have humans ever lived in a world with “dead” oceans? Never in our 220,000-year history. In comparison to that spread of two-hundred-plus millennia, the new ideology of liberalism has given us the tools to render sterile a massive expanse of the planet’s ecosystem in a mere handful of generations.

We have gotten used to hearing announcements like this one from marine biologists, and our reactions are of two kinds. Either we claim that it must be mere “alarmism”, that no such thing will happen, or we shrug and go on with our lives, assuming that when it does happen our descendants will figure out a way to pull through. “Unfortunate, that,” seems the general response, “but what can we do about it?”

Is this progress? If so, in what ways? In some metrics, yes, we've progressed greatly. In others, our development can only be judged a deep pathology that systematically numbs us to long-term human realities. In either case, we seem to acknowledge ourselves powerless in the face of the need for ongoing "development".

Our fatalism is another aspect of triumphant liberalism that Deneen teases out. Liberalism has raised human activities like “the economy” and “technology” to a kind of functional transcendence beyond human control. The stunning thing is that citizens of the liberal order so blithely accept this as “just the way it is”.

[A deep] anxiety arises from the belief that there is an inevitability to technological advances that no amount of warning about their dangers can prevent. A kind of Hegelian or Darwinian narrative seems to dominate our worldview. We seem inescapably to be either creating our own destroyer or, as Lee Silver writes in Remaking Eden, evolving into a fundamentally different treasure that we have reason to fear becoming. Our popular culture seems to be a kind of electronic Cassandra, seeing the future but unable to get anyone to believe it.


Under advanced liberalism, economy and technology are not human practices linked to particular cultures, but transcendent, globalized phenomena to which all cultures must bow. They are in effect post-human: forces no specific cultural order could hope to alter or resist. The early liberal theorists didn't predict this.

Meanwhile, of course, liberalism pursues its project of undermining actual individual cultures at breakneck speed. Deneen analyses how, in a gesture of deep denial, liberalism now weaponizes the very language of cultural difference in order to spread its global monoculture.

A panoply of actual cultures is replaced by a celebration of “multiculturalism,” the reduction of actual cultural variety to liberal homogeneity loosely dressed in easily discarded native garb. The “-ism” of “multiculturalism” signals liberalism’s victorious rout of actual cultural variety. Even as cultures are replaced by a pervasive anticulture, the language of culture is advanced as a means of rendering liberal humanity’s detachment from specific cultures. The homogenous celebration of every culture effectively means no culture at all. The more insistent the invocation of “pluralism” or “diversity” or, in the retail world, “choice,” the more assuredly the destruction of actual cultures is advancing.


In recent decades, we see the following absurd formula dictating norms: “We must respect diversity! Diversity means that if you don’t agree with us liberals on all fundamental points, you aren’t diverse enough. You must become like us, then we can be diverse together. You don’t want to be a bigot, do you?” Bizarrely, the self-contradictory absurdity of this formula escapes notice in huge swaths of academia, media, government. As if different cultures, by definition, don’t sometimes differ on fundamentals. Liberals pride themselves on being tolerant, but of course if they only tolerate those who agree with them, that cannot be called tolerance in any meaningful sense of the word. In this pseudo-intellectual environment, which grows shriller and more dogmatic by the year, does any real pluralism stand a chance?

On both fronts then--i.e. in relation to nature and in relation to the distinct visions of human flourishing that characterize real cultures--liberalism can only abet, as Deneen says, "anticulture".

Liberalism’s success in the West and its global reach only mean a speeding up of the spread of this anticulture. Actual cultures are hollowed out and once distinct peoples, redefined as “global citizens” and “consumers”, are forced to worship the now reified liberal powers of Economy and Technology. In Why Liberalism Failed, Deneen subtly analyses this dynamic at work, showing on various fronts how these theoretical deities erode real cultures, all while employing an abstracted language (multiculturalism, diversity, community) to mask the erosion taking place.

Next: 5. Liberalism justifies and promotes an unsustainable relation to nature (plus Conclusion)